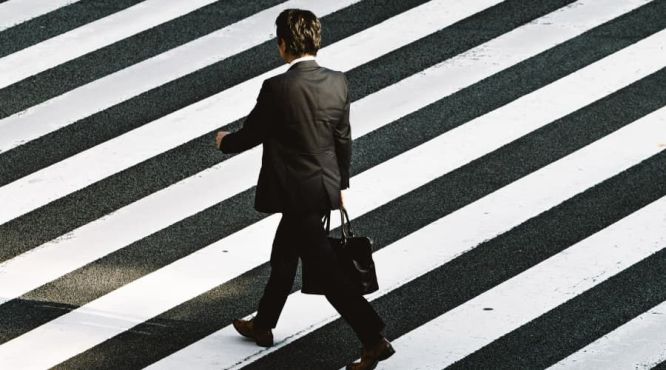 Executive imposter syndrome most often occurs among business executives who are responsible for making significant decisions and implementing actions that affect the company, its employees and themselves.

Often these are hard-working men and women who have achieved considerable success in business. When they reach the top levels, however, and particularly when they are solely responsible for major decisions, they start to question their ability.

After all, it’s lonely at the top.

When you suffer from executive imposter syndrome you essentially develop a lack of confidence in your ability to lead others, to make decisions, and to perform your job adequately. The result is that you doubt that you are able to be effective. You start to believe that you are inadequate in your role as an executive. You consider that you do not deserve being in the position that you occupy. You feel that others are looking down on you. You feel unworthy of their respect or trust.

You might even feel that you are something of a fraud; that is where the term “imposter” comes from. You are only a short way, you believe, from being caught out because you really do not know what you are doing. You should not be sitting in that chair because you simply are incompetent.

Although you might have the training and ability to do your job properly, you start to imagine that those skills and that experience are inadequate and count for nothing.

In short, you believe that you are nothing more than a fake.

As your confidence erodes and you become more and more self-critical, you increasingly see yourself as a charlatan, you start to attribute the success you have achieved to other people or even to good fortune or being in the right place at the right time. Your employees are the ones doing the real work, you argue. You are essentially only a leader in name and all you have done is to allow them to accomplish their tasks. Your staff members are the reason a project was successful. You had nothing to do with its success.

These feelings feed on themselves and build in intensity until you start to believe that almost anyone else could do a better job than you are doing.

The more senior the position that you occupy, the more intense the syndrome can become. More people are relying on you, your decisions can involve the future direction and profitability of the company, but you are letting your employees and the company down.

You become anxious, suffer nights without sleep, and develop a strong fear of incurring mistakes. That fear, in turn, causes you to be unwilling to try new ways of working or place your company on a new path.

Eventually, as the syndrome grows in intensity, you start to become withdrawn. You are embarrassed by any recognition of your leadership abilities and you try to deny them. You are excessive in your humility. Such a posture, in turn, invites a way out. If left unchecked, therefore, over time executive imposter syndrome can destroy your career. You feel obliged to step down and let someone more capable take over.

Alternatively, you might settle for a lower position with fewer decision-making responsibilities.

In some cases, of course, the syndrome results in your becoming ineffective and eventually losing the position at the company.

Other Forms of Imposter Syndrome

Another form of executive imposter syndrome occurs when a person achieves success, such as winning an exceptional award at a fairly young age. These individuals try to top it with another exceptional award, which is extremely difficult or even impossible to accomplish, and blame themselves when they fail.

There are also those who feel that major success will put them at odds with friends and family who will be envious. Those who know them well, they believe, will feel that they were unworthy of such success. They feel that the fame will hurt them among their friends and will show them up against others of equal standing in their circle.

As a result, these people deliberately try to refrain from achieving success and settle for being mediocre, leading to their becoming just that.

Some sufferers from executive imposter syndrome also can drive others to work harder to try to achieve the success at which they aim. They become like slave drivers. Employees quit or call in sick and soon productivity suffers, leading to goals being missed.

Other sufferers, in turn, work harder and harder to try to prove that they are capable of being exceptionally successful. They believe that only they can successfully complete a project and they fail to delegate major tasks to others, preferring to accomplish it themselves.

Often it is difficult to realise that an executive is suffering from imposter syndrome until it is almost too late. When an executive is first appointed to a position, top performance is an essential part of the initial stages of the career. Everyone expects new executives to go all out to prove themselves.

The problem is that failure to recognise the syndrome until it has reached serious proportions can have serious results.

Many reasons for executive imposter syndrome have been theorised.

Some consider it a trait of personality. The question arises, however, why so many people suffer from it.

Another suggestion is that family background and upbringing are a cause. Parents lacking in warmth and are determined their children should be overachievers are likely to produce offspring who are susceptible to executive imposter syndrome, the argument goes.

Another group, some suggest, is the polar opposite. These people come from a background in which no one expects them to succeed. Here their family background is one of lower expectations and is found among those with, for example, a blue-collar background. When they make it to the upper echelons, those people believe it could not be possible for them to have done so.

Then there is the theory that an older sibling, raised with great expectations, is more susceptible for executive imposter syndrome.

Yet another theory is that those more likely to suffer from the syndrome are perfectionists. They set high aims for themselves that are usually unrealistic. When they fail to achieve these impossible goals they start to believe that they are a failure. The only answer, they believe, is to work harder to achieve the goals. When they still fail to attain the high standards they have set for themselves they raise the bar and strive even harder. As a result work can overwhelm their lives and eventually destroy them.

The best way for those suffering from executive imposter syndrome is to evaluate themselves and find a way out for themselves. Doing so, however, is not always easy.

An obstacle is that, if you suffer from the syndrome, you likely believe you are the only person who feels like that. As a result, you do not want to share your feelings with anyone. As more light is shed on the syndrome, however, you might discover that as many as two-thirds of all executives from all works of life feel like they are imposters for at least some time in their careers.

That discovery can be comforting. You feel freer to share your feelings with others. They are likely to reassure you and you are more likely to realise that you are indeed adequate to the task.

Your confidence will return and, where necessary, you will change your way of looking at yourself and your way of working. You might also accept being promoted or given authority over projects for which you are indeed well qualified.

Some suggest you keep a log of your accomplishments and activities. Now and then glance back on what you have done. Your confidence in your future abilities will be boosted because you will be able to look back on a myriad of accomplishments. Even small gains add up to an overall big picture. If you have not kept a log up to now, reflect on ways in which you have succeeded, in which you provided leadership that proved effective.

Examine your failures. Consider why you did not succeed and how you can learn from those failures. For the most part, however, you need to concentrate on what you have done well. Give yourself credit for your accomplishments. Wipe away feelings of doubt and even fear.

Build on your past to convince yourself you will continue to succeed in the future.

When planning a project, set realistic goals for it. Achieving those goals will boost your self-image and convince you that you are not an imposter.

An effective method also can be praise. Others in the company can let syndrome sufferers know that they are actually doing a good job. Should they have failed, they can point out that failure is part of a successful way of working. If you do not make mistakes, you are not trying new methods of running a company or a department of a company. Such errors offer opportunities to learn and to grow. Fear of failure should not hold a person back.

To address the problem if you are suffering imposter syndrome you should be open to sharing with others. Those outside the organisation itself can play an important role. An executive coach can be valuable in identifying the problem. A friend or mentor also can be of considerable aid in putting matters into perspective.

A coach can remind you that you have achieved a lot, that it is not good fortune, good timing, or simply the good work of those under you.

A coach will provide examples of others who have been helped out of the syndrome and how they assisted them. Those examples, some of whom could be well known leaders, will help you, in turn, to cope as they were able to cope.

Executives who are appointed to leadership and decision-making positions should be warned in advance that they might become subject to executive imposter syndrome. They will therefore be able to recognise the signs and combat the tendency before it takes hold in their careers.

You can act against the feeling of incompetence by establishing for yourself a new routine that goes along with the job. Ask others who have occupied a similar position how they planned their working days.

Social anxiety is a crippling and pervasive condition that affects people of all ages. It is important to note that social anxiety disorder is not a shyness or introversion. Rather, it is a persistent… Read more

Self-esteem is probably the most important aspect of mental health. Having a positive sense of self can keep you motivated, help you look forward to the future, and make you feel more satisfied with… Read more