Can Hypnotherapy Help with Anxiety? 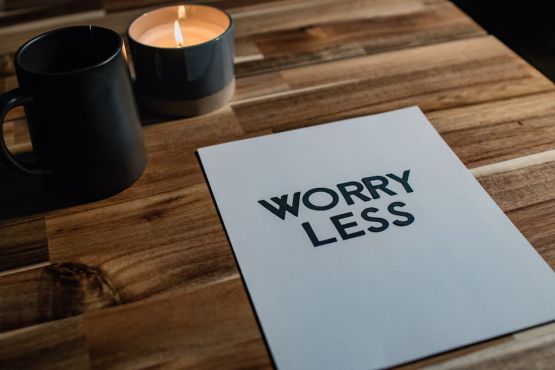 Anxiety can be a crippling disorder for many because it affects those who suffer with it in both mental and physical ways. Up to 28% of adults will experience an anxiety episode at least once in their life, while an estimated 4.4% of UK residents have some form of generalized anxiety disorder (GAD).

Hypnotherapy, which is the practice of using hypnosis as a therapeutic technique, is a modern type of therapy that's commonly used in the treatment of anxiety disorders. It can be a quick, non-addictive, and safe way of resolving many of the underlying issues that cause anxiety.

How Does Anxiety Affect the Body?

While anxiety often starts with a mental process, which can be triggered by something as minor as a passing thought, it can then transform into a physical process that can be felt throughout the entire body.

The physical aspect of anxiety occurs in the body because of a natural defence mechanism. When anxiety symptoms are triggered, often because of certain thoughts or worries, the sympathetic nervous system becomes activated. This means that the body is preparing for a fight or flight scenario, which is its way of responding to perceived threats or dangerous situations.

In this scenario, the body is preparing to either confront a threat or flee from it. Much of this response involves the release of hormones throughout the body, which in turn leads to increased blood circulation to the muscles. While this is happening, a person's heart rate is normally increased, and breathing can be affected as well.

With external threats, the body will normally return to its original state once the mind realizes that there is no longer a threat. In anxiety disorders, this fight or flight response can become overactive because the perceived threat itself is internalized. It's often a person's thoughts that are causing this response and not an external threat.

This means that the body has a more difficult time deactivating this response because a person's thought process continues to aggravate it. So, a constant or recurring state of fight or flight is often the result, and this is what many anxiety sufferers are feeling when they have symptoms.

How Does Hypnotherapy Help Anxiety?

Hypnotherapy can be very beneficial for you if you suffer from anxiety. It can help to deactivate this continuous fight or flight response by allowing your mind to relax, which can remedy the internal cause of many anxiety symptoms.

When a person enters into a hypnotic state during a therapy session, they will normally experience not only a reduction in negative or stressful thoughts but also a relaxed heart rate and less muscle tension. All of this helps the body return to its normal state of homeostasis, where both mental and physical symptoms are relieved.

What Happens During Hypnotherapy?

During a hypnotherapy session, your therapist will begin by gathering information about your symptoms and medical history. There's also normally a discussion about what thoughts or feelings you frequently experience when episodes of anxiety occur. This is the therapist's way of gauging your mental state and identifying your anxiety triggers. After this, the hypnotherapist will normally explain to you how hypnotherapy works and what to expect during the session.

Once you enter into a hypnotic state, you’ll be in a different state of consciousness than in your normal state where the subconscious mind is believed to be more open to suggestions. This is where post-hypnotic suggestions are used by a therapist to help you build new associations around the thoughts that trigger your anxiety.

The point is to teach you the skills you’ll need to prevent anxiety by associating your worrying thoughts with more peaceful and relaxing ones. In this way, hypnotherapy is considered to be a type of behavioural modelling, which means a correction in one's behaviour. However, it's not necessarily physical behaviour, but more so a person's mental behaviour which can be corrected.

There is no "mind control" or forcing you to do anything you don’t want to do during hypnosis. When your therapist makes post-hypnotic suggestions, they are asking you to recall relaxing thoughts or imagery when needed. This is similar to teaching someone a new skill or technique, but it's used during hypnosis for different reasons.

One reason is that your therapist can identify certain thoughts and feelings during hypnosis that are associated with your anxiety, which can create a more targeted and effective approach.

Also, when you’re in a hypnotic state, you’re able to access your subconscious thoughts more easily. This is comparable to the thoughts a person has when they're daydreaming and not focused on things around them.

These thoughts that are normally in the background, are brought to the foreground, while thoughts on other things are pushed aside for the time being. Because generalized anxiety disorder is often caused by a subconscious mental process, hypnotherapy allows both therapists and patients to better target this process.

While your therapist is going through the suggestion process, they might ask you specific questions about where the anxiety is more heavily felt within the body. For example, if you tend to have a feeling of heaviness on your chest or burning in your stomach during anxiety episodes, your therapist will want to know that.

By knowing where the symptoms are most severe, a therapist can focus their suggestions to align with that area. For someone who experiences feelings of tightness in their abdomen, a therapist may tell them to instead imagine a feeling of relaxation specifically in that area. Someone who has burning sensations in their stomach may be told, through the use of suggestions, to feel a cooling sensation there instead.

During some sessions, your therapist might use a type of counting technique in which they might ask you to count numbers in an up or down sequence. The point of this is to get your mind to focus on something other than your anxiety-causing worries so that you can begin to relax and gradually enter into a hypnotic state.

Also, your therapist might employ the use of mental imagery during a session in which they'll ask you to imagine or visualize certain images in your mind. Whether this is used or not entirely depends on a patient's mindset and the type of anxiety they're experiencing. Some people's minds respond better to visual associations than more abstract ones.

The type of imagery used also depends on a patient's personality and preferences. One person might find mental images of puppies to be relaxing and positive, while another person may respond more to an image of water flowing in a river.

If this type of technique is needed during a session, your therapist can use mental imagery as a way of enhancing relaxation by appealing to multiple senses. For example, in the scenario of the river, they might ask you to focus not only on how the river looks but also on the sound of the water and the smell of the nearby pine trees. By involving more than one sense, it can be much easier for you to fully relax by immersing yourself within the mental imagery.

How You Will Feel During Hypnotherapy

When you’re in a hypnotic state, you may experience different feelings which can vary from person to person. Many patients report that they feel sensations of warmth and relaxation throughout their bodies when in a hypnotic state. Some have described a feeling of "being free”, which is believed to be a subjective feeling that's linked to stress relief and mental detachment.

While in this state, you will still be completely aware of the conversation that you’re having with your therapist, but you may feel less focused on things. Hypnotherapy shifts much of this focus to your subconscious and internal thoughts. The point of experiencing the trance-like state is so that you can detach from all your worries and concerns while restructuring these thoughts to more positive and relaxed ones.

After a hypnotherapy session has concluded, these feelings should be communicated between yourself and your therapist. Everybody experiences relaxation and stress relief in different ways since the causes and symptoms of anxiety differ between people. These feelings are very subjective and linked personally to each person.

Your therapist can use this information in future hypnotherapy sessions because it tells them what feelings they should focus and expand on next time.

What Does the Research Say About Hypnotherapy?

In a meta-analysis review, 15 different studies on hypnotherapy and its effect on anxiety were examined by researchers at the University of Hartford in the US. The researchers found that hypnotherapy was found to be effective for most patients involved in the studies.

But the beneficial effects of hypnotherapy didn't disappear after sessions were completed. During various follow-ups, even many weeks later, the researchers found that an average of 84% of hypnotherapy patients experienced a greater reduction in anxiety symptoms than their control counterparts. The fact that this review was based on 15 other studies shows that the potential benefits of hypnotherapy are well-documented.

To conclude, hypnotherapy can be a very effective and safe way of treating your anxiety. While it’s normally used in combination with other types of treatment, it can also be beneficial as an independent treatment as well. Hypnotherapy is normally most effective when treatment is repeated over several sessions but many patients have experienced relief of symptoms after just a single session as well.

Social anxiety is a crippling and pervasive condition that affects people of all ages. It is important to note that social anxiety disorder is not a shyness or introversion. Rather, it is a persistent… Read more

Self-esteem is probably the most important aspect of mental health. Having a positive sense of self can keep you motivated, help you look forward to the future, and make you feel more satisfied with… Read more